The Regional Universities Network (RUN) is a network of six universities across regional Australia. The six universities play a transformative role in their regional economies and communities and educate around 115,000 students each year – close to 10 per cent of all university students nationally.

Nous was engaged by the RUN to understand the economic contribution of the member universities to their regional economies. This included understanding what contributions could quantified and considered as evidence of the universities impact, such as the number of graduates settled in the region or growth of knowledge and skills.

We worked to quantify realistic effects in the Australian economy

We used a tried and tested computable general equilibrium (CGE) model that determined what would happen if these universities did not exist in their regions. This counterfactual provided powerful answers to determine the economic impact of the RUN.  Nous worked closely with academics from the Centre of Policy Studies to ensure valid results. 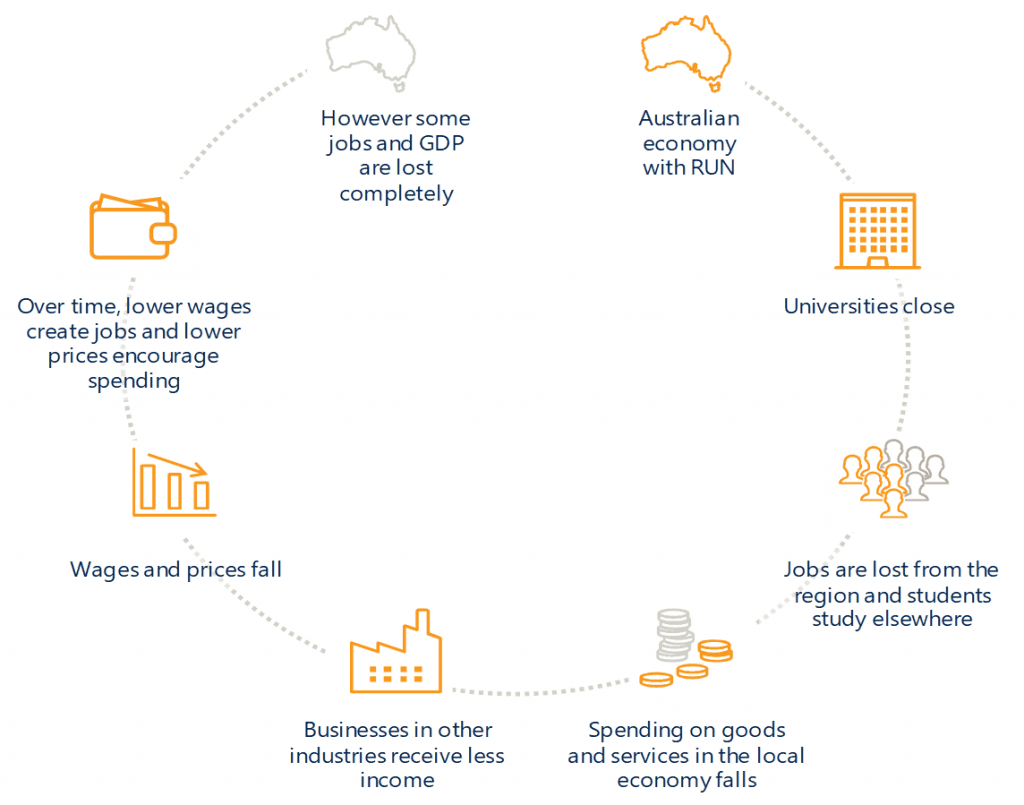 Results have been published widely and will influence the landscape

Nous found universities spend $1.59 billion and students spend $480 million in campus regions. The RUN universities deliver an additional $1.7 billion to real GDP in their regional economies, through growing the skilled workforce in the regions and increasing wages; driving demand through increases in private and government consumption and international and interstate exports; and contributing to industry through research and knowledge capital.

The RUN released a public report outlining these regional universities' impact on the regional economies and these results were widely covered in the media. The study has also reinforced findings from Emeritus Professor Halsey’s Independent Review of Regional, Rural and Remote Education on the importance of education to regional development.

Get in touch today

Support services transformation saves a university over $30 million a year