The value of earth and marine observing to the Asia-Pacific has been put at US$372 billion, and the potential future value at US$1.48 trillion, in a report prepared by Nous Group and released by the Australian Government.

The report, “Current and future value of earth and marine observing to the Asia-Pacific region”, was launched on November 7 by The Hon Karen Andrews MP, the Minister for Industry, Science and Technology, at the GEO (Group on Earth Observations) Week Ministerial Breakfast in Canberra. 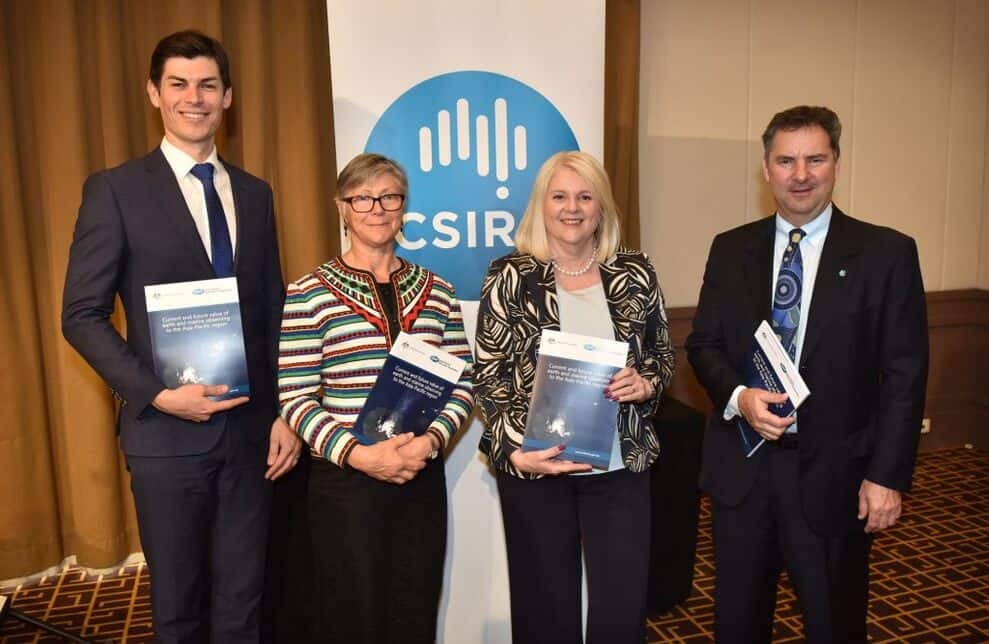 This report is intended to encourage further collaboration and coordination of earth and marine observing (EMO) across Asia-Pacific Economic Cooperation (APEC) economies, working in partnership with the international earth observations community. The report was prepared on behalf of the Department of Industry, Innovation and Science, and supported by the Department of Foreign Affairs and Trade.

The report drew on expertise in EMO – the collection, analysis and interpretation of information on the earth’s natural systems – from around the world. This included consultation with governments in eight economies in APEC, including China, the United States and Japan.

“This report, for the first time, calculates the current economic value of earth and marine observing to APEC economies, and estimates the potential value of EMO by 2030, including from additional collaboration,” the report notes.

It finds that the current value of EMO to APEC economies is conservatively estimated at US$372 billion. Under a business-as-usual scenario, the value of EMO is expected to rise to US$1.35 trillion by 2030, reflecting an annual growth in EMO-enabled benefits of 12 per cent over the period. Greater cooperation could increase the value of EMO to US$1.48 trillion in 2030.

“This report breaks new ground in our understanding of the economic value of earth and marine observation. It is our hope that the report will encourage even greater collaboration in EMO technology and their applications across APEC,” said Dr Matt McLaren, the Nous Group consultant who managed the project.

The full report is available on the Department of Industry, Science and Technology website. Minister Andrews’ media statement is also available.