Nous Group is strengthening its capacity to support clients with economic analysis with the appointment of Tim Marney as co-Chief Economist to work alongside our current Chief Economist Steve Corcoran.

Tim brings to the role more than a decade of experience as Western Australia’s Under Treasurer, during which he oversaw a sequence of budget surpluses with Treasurers from both sides of politics. Tim also worked for five years as WA’s Mental Health Commissioner.

As a Chief Economist, Tim will work with Steve and Nous’ team of policy analysts to support clients on economics projects including cost-benefit analysis, pricing, cost recovery, market design and efficiency.

“I am looking forward to working with government entities, businesses and not-for-profit organisations to use cutting-edge economic analysis to inform their biggest decisions,” Tim said.

“Our growing expertise in economics complements Nous’ other capabilities, including public policy, organisational performance, business strategy and data analytics. Clients can come to Nous knowing that we can support them to meet a range of challenges and to access emerging opportunities.”

“I am looking forward to working with Tim as we lead the Nous economics practice through its next phase of growth,“ Steve said.

Nous Group Managing Principal and CEO Tim Orton said he was pleased Nous clients would be able to access economic expertise from the team led by Tim Marney and Steve Corcoran.

“Tim and Steve have done fantastic work supporting our clients and this appointment is a testament to Nous’ growing economics capability,” Tim said. “Economics has an important role to play in understanding and investing in solutions to difficult problems to improve outcomes for society.”

In 2020 Tim Marney was appointed by the Australian Government to help lead its development of industrial relations reforms to regrow jobs lost during the COVID-19 pandemic. In announcing the appointment, the Attorney General and Minister for Industrial Relations lauded Tim, who previously served as Western Australia’s Under Treasurer.

“Mr Marney is a highly respected economist and problem solver who worked successfully under both Labor and Liberal governments during almost three decades of public service,” Mr Porter said.

Tim’s work on industrial relations reform was applauded by Jennifer Westacott AO, the CEO of the Business Council of Australia.

“The approach you took in leading this work was a masterclass in navigating complexity to design a solution that was both clever and workable,” Ms Westacott said.

Tim will continue as an Adjunct Associate Professor, Curtin University Faculty of Business and Law, and as Chair of the Bankwest Curtin Economics Centre.

In recent years Nous has worked with clients on a range of economic challenges, including:

Tim, Steve and the Nous economics team are available now to support clients.

Connect with Tim Marney and Steve Corcoran on LinkedIn. 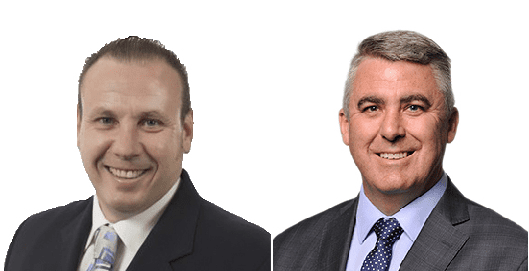 In designing a mental health care system, there needs to…
Read Full Insight

Smoothing paths: The next generation in industry and innovation policy